Back in February, when it was cold and snowy (kind of ) and before Tim broke his ankle, (I'll share this another time) Tim and I set out to do a little inspiration shoot.  I wanted to focus on "The Ma...
V
B

Back in February, when it was cold and snowy (kind of ) and before Tim broke his ankle, (I’ll share this another time) Tim and I set out to do a little inspiration shoot.  I wanted to focus on “The Man shoot” because usually at a wedding the photographs are more centered around the Bride and the Groom gets a few shots here and there.  So I made Tim model for me!  :)  I mean, he is pretty cute.  Then we were thinking, well, what could our “Man” be doing?  Writing vows, of course!  I’m always surprising my self with my brilliance!  We also decided to incorporate Tim’s love for bird watching and threw in some binocular shots.  However, when we went out to some small Minnesota towns on a Sunday, we forgot that many places are either closed or close early on Sundays and I’m just not an early riser.  We did finally come across a cute little deli in Cannon Falls, but they were closing in 15 minutes so we had to act fast!  This was at 3:00 in the afternoon!  What do people do in these small towns?!  Anyway, I did notice (to Tim’s slight dismay) that there was a winery down the street that was open until 5:00pm!  I’m such a sucker for wineries and it was super cute inside AND there was live music being played!  (Come on Tim don’t be so grumpy!)  So we ended our day at The Canon River Winery! 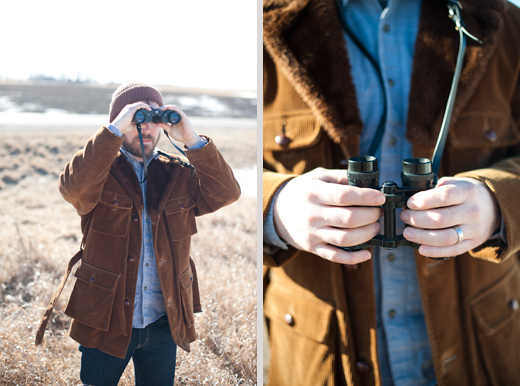 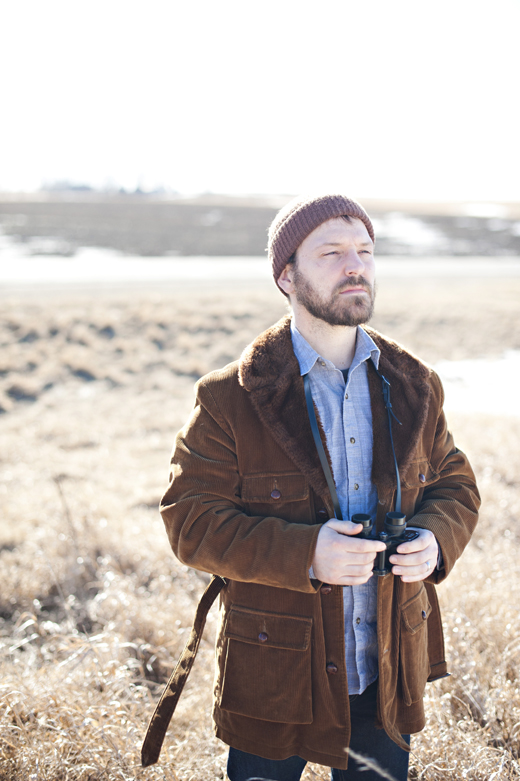 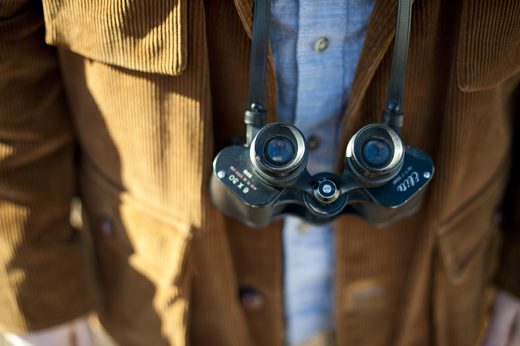 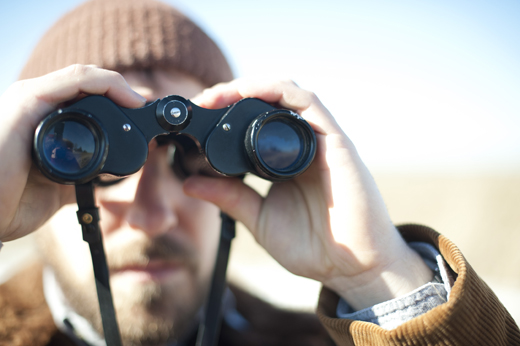 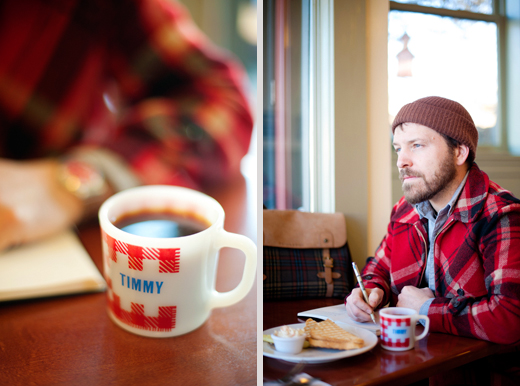 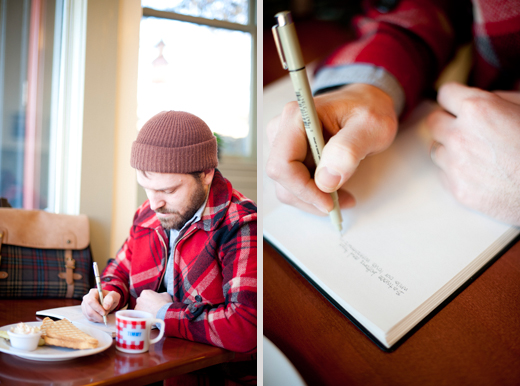 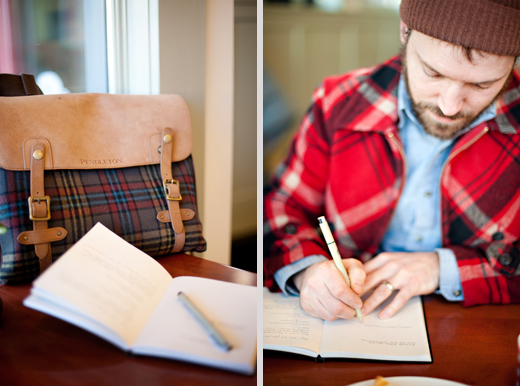 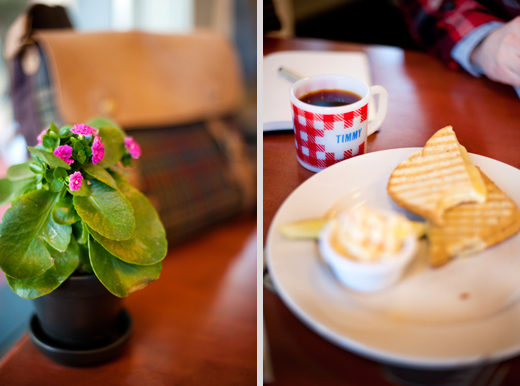 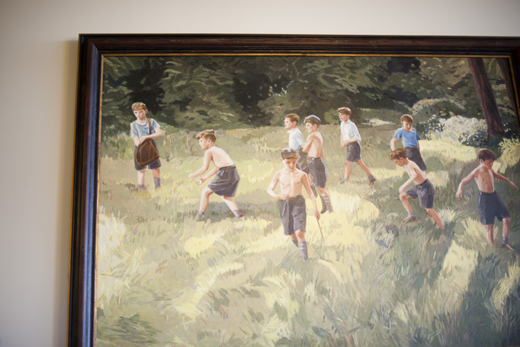 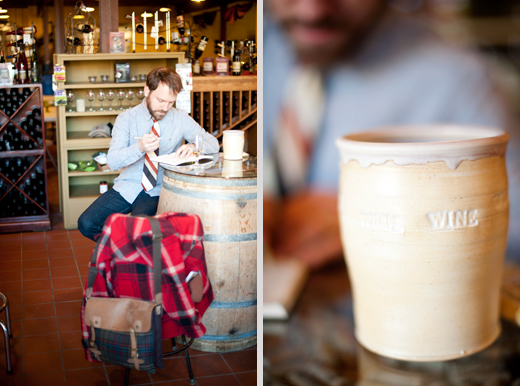 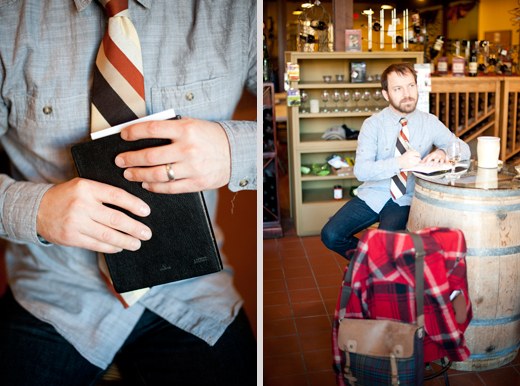 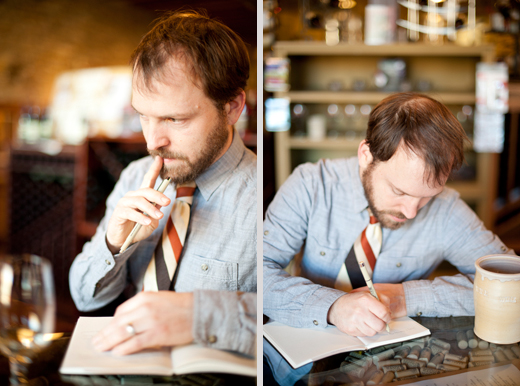 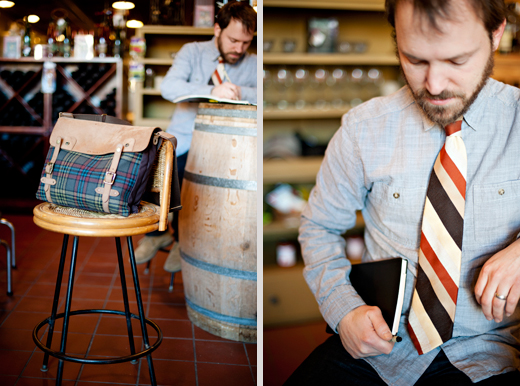 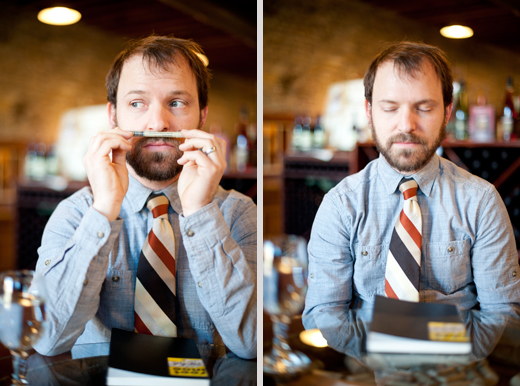 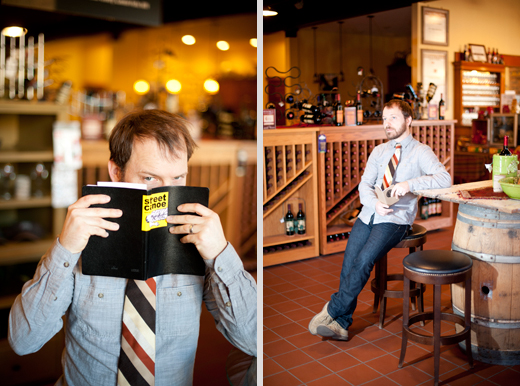 These are great! I have such talented family, and also I think we need to visit this winery the next time I’m down there!

these are so great! just the beginning of tim’s modeling career…

These are so darn cute!

This is great. You should make it into a book for Tim’s dad for Father’s Day.

Digging In The Dirt