My Photos are on a Band's Album Cover!

I have been so excited about this and waiting to post about this for so long I can hardly contain myself!  I was hired (I was actually paid) to do a photo shoot for a designer, Michael Cina, who was c...
M
I

I have been so excited about this and waiting to post about this for so long I can hardly contain myself!  I was hired (I was actually paid) to do a photo shoot for a designer, Michael Cina, who was creating artwork for an album for the band Beacon who are on the Ghostly International label.  Yes, it kind of sounds like one of those old nursery rhymes, “I know an old lady who swallowed a fly…” “The Farmer and the dell…”, but I guess that is the way these big things work!

Anyway, you have to understand that as a graduate from two different art schools this is kind of a big thing for me!  I mean, don’t get me wrong, I love shooting weddings, but to have someone actually pay me (usually things like this only happen for free) to create a piece of art that is going to be seen out in the world by thousands of people is SUPER EXCITING!  I didn’t even want to talk about it at first because it didn’t seem real.

I’m also a pretty big fan of Matthew Dear (whom I came across while studying in Michigan at Cranbrook Academy of Art) who is a co-founder of Ghostly International and has his own music on the label.  So when I heard “Ghostly International” I probably just about peed my pants!  Then when I started listening to the band’s music, I totally fell in love with it.  So, the fact that my photos are going to be representing their sound is so amazing to me!  However, the album won’t be out until October, so there’s still some more waiting to do.  But I can share the photos!

AND I’d also like to add a list of “Thank you’s”, this is probably the closest I will ever get to standing on a podium, like at the Oscar’s or the Grammy’s to express my thanks.

So, first off I would like to thank Amy Brown and Heidi Andermack of the ChowGirls for displaying some of my old grad school photos in their gallery.

Then I would like to thank Kate Iverson of Permanent Art & Design Group for seeing and liking my work and passing my name on to Michael Cina.

Then I would like to thank Michael Cina for liking my photos and working with me even though I’ve really never done anything like this before.  And for providing the models with some beverages to help them relax for the shoot. AND of course for designing the beautiful artwork for the album to enhance my photos.

I would like to thank the band, Beacon, for appreciating my photography and for making beautiful music.

I would of course like to thank Ghostly International for hiring me and being an awesome label!

And then there’s the models, Kirsten Semmer and Truman Danz  and Arthur and the use of their apartment.  And Julia Coombs and James Crist and Mike Gordon and the use of his home.

…I think that is it.  Here’s what the album is going to look like.  I can’t wait! 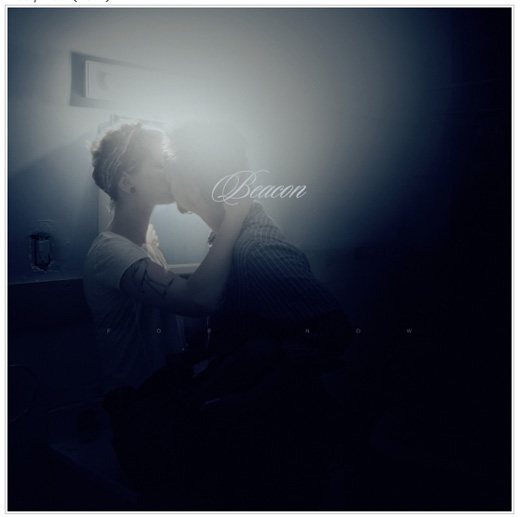 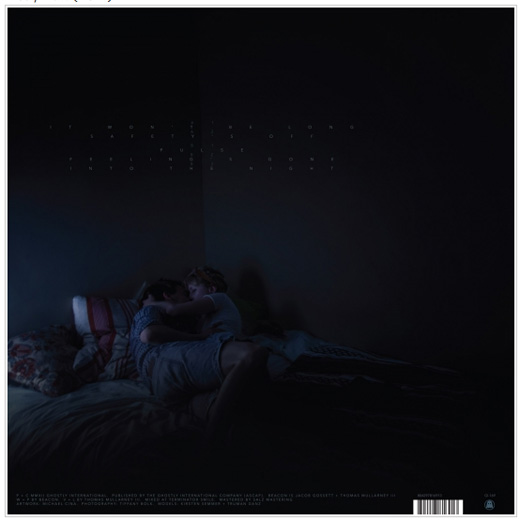 If there weren’t enough links for you here’s another about the upcoming Beacon EP release.

And some press from Pitchfork.

Marie, I would love to!

woooohooo! so cool… you should do more album covers. :)

these pics are gorgeous and I am soooo happy to have been a connector!!!

Featured Vendor of the Month / Jada Schumacher at design-orange

Tiffany and her quest for a Hasselblad!