Loss always seems harder around the holidays.  You are supposed to be joyful and happy and spending time with your family and not having to worry about anything.  But Death does not ask the living whe...
L
L

Loss always seems harder around the holidays.  You are supposed to be joyful and happy and spending time with your family and not having to worry about anything.  But Death does not ask the living when it would be a good time to show up.  It simply shows up, and then it leaves as fast as it came, as if it were trying not to disturb the living.  However, that is never the case.

My husband Tim lost his father Mike this past Sunday, the day after he turned 61.  Mike’s death did not come as a complete surprise however.  He had been struggling with heart problems practically ever since I’ve known him, so at least for the past 7 years.  He has had several major heart surgeries (one which involved replacing some of his valves with metal valves) and several second chances at life.  So he was actually very lucky.  It is possible that he may have left this world much earlier had he not had the help of some amazing doctors and surgeons.  For the past few years he was able to spend time with his grandchildren (who adored him) as well as drive his scooter to his favorite nature spot in his small town of Kendalville, Indiana to watch the ducks and the swans that would return to the lake every year.

I am not a particularly religious person, but I worship life in every form and I try to do the best at my “part” in this world.  I am also not a preacher, but I do feel that we all need to take more time to slow down, listen to what people are saying and to really take a good, hard look at what we have and realize how very, very lucky we are. 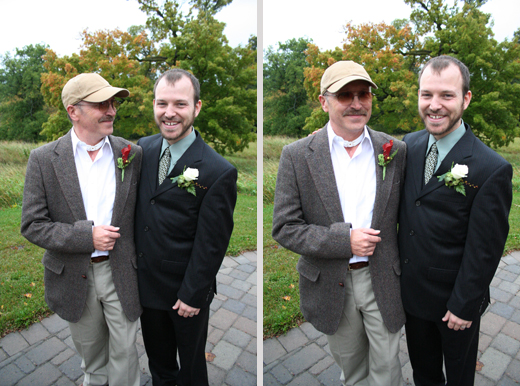 No words can express it other then “Well done”

Very well done, Tiffany. That is a nice tribute to Mike and Tim will be touched by this and proud of you for writing it.

Oh, Tiffany – I’m so sorry to hear this. Dealing with + accepting loss is incredibly tough, but it’s great to know that he was able to spend time with loved ones and ride his scooter around town.

Stay strong. You guys are in my thoughts! (hugs)