I woke up to a chilly morning in the tent.  It was extremely difficult to scramble out of my sleeping bag, slip into my winter coat and put my feet into my cold tennis shoes.  Tim had the fire going a...
L
I

I woke up to a chilly morning in the tent.  It was extremely difficult to scramble out of my sleeping bag, slip into my winter coat and put my feet into my cold tennis shoes.  Tim had the fire going already, or it had just kept smoldering throughout the night and we actually had a good fire.  We were starving and we had a big day ahead of us, so we packed up and headed onto our next adventure.  We stopped at the nearest coffee/breakfast spot that was open (apparently 9:00AM is too early for the North Shore) and ordered coffee and egg & cheese sandwiches.  As we gobbled these down, one of the locals (a man I would love to talk to more, actually) teased me about my reusable white plastic Starbucks cup.  He agreed that it was indeed good stuff and he would sometimes make the trek to Duluth to get a cup, but that I might as well just get rid of the cup now because I wouldn’t be needing it for a long time.  Basically he was saying there wouldn’t be anymore Starbucks from here on out!  I was okay with that, but he made us laugh just the same.  We ordered more sandwiches for the road and headed to George Crosby Manitou State Park.  Our Hiking Club book informed us that this trail was a bit treacherous, but definitely worth it.  This concerned me slightly, as some of the other trails we had been on had been slightly treacherous as well, but the book said nothing about it.  Sooooo….. what exactly was this trail going to be like?!  The sky was a little foggy, so we thought it best to put our favorite rain pants on again (just in case) and our now dry rain jackets.  The narrow trails took us through dense pine trees and moss.  It was like we were in a giant fairy garden and it smelled of pine, white peaches and chocolate!  Yes!  Like chocolate souffle!  I wanted to take a flask out, bottle it and take it home with me.  The birds were chirping and cool breezes brushed against our faces…like the wings of a fairy… Whoa!  Sorry guys, I don’t know where that came from!  So, back to our winding trail, under and around fallen trees, over craggy rocks and in some spots we had to slide down miniature cliffs on our butts.  Then the sun came out and IT WAS HOT!  I took off my rain jacket and wrapped it around my waist, but as for my rain pants, I’m sad to say that we had a bit of a falling out.  No rain meant that I was walking around in a giant, sweaty, adult diaper!  But it was beautiful, so I really couldn’t complain.  However, I do wish I had brought a bottle of water!  This trail of 4.8 miles was feeling more like 7!  At one point we came to a field of boulders, about the size of car tires, and we had no idea where the trail picked up again and I got tangled up in a mass of small trees frantically looking for the trail!  Fortunately, Tim had his head on straight and found us the right path.  After 3 hours of hiking we landed safely back at the car, tore off our many layers (sorry rain pants), and raided the cooler for snacks and the bag of melting ice we had. 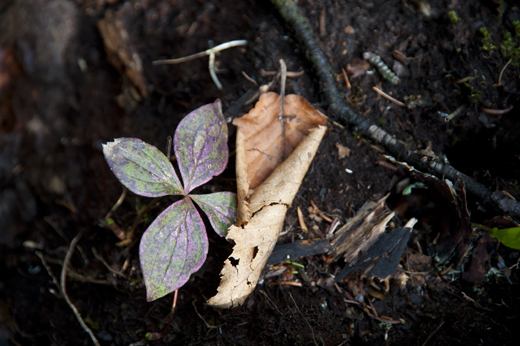 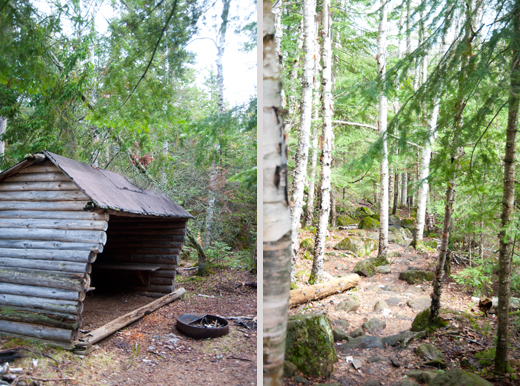 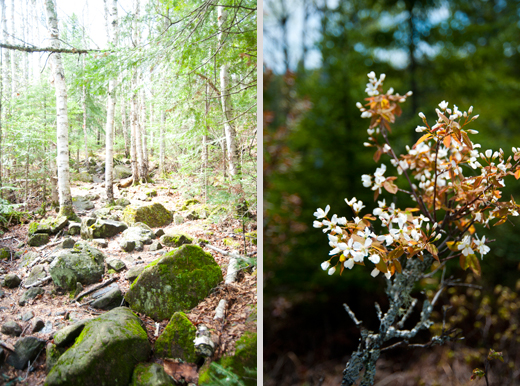 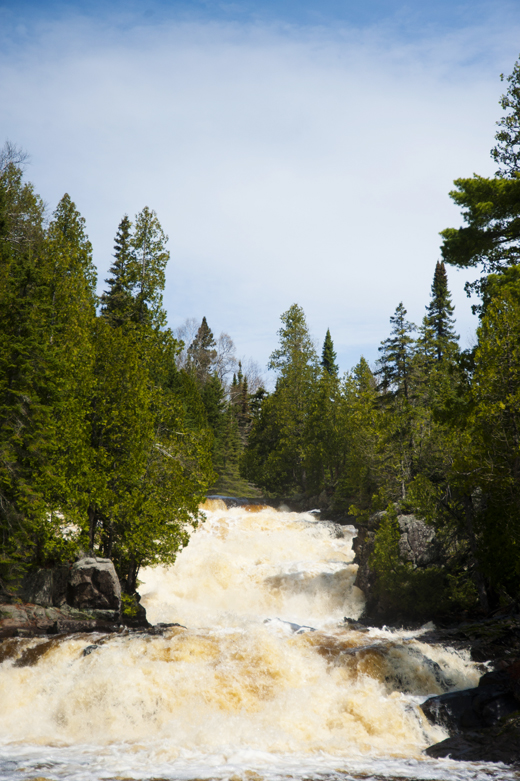 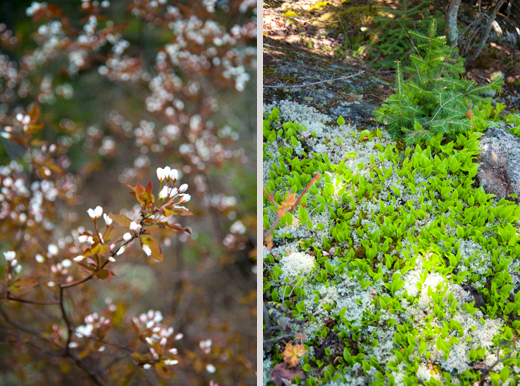 After our quick snack, we continued up the North Shore to Temperance River State Park.  This trail was only 1.9 miles and after what we had just finished, it felt like nothing!  Part of the trail lead us to the falls and followed along the river, while the latter half took us through grassy forests.  And the sun was still shining! 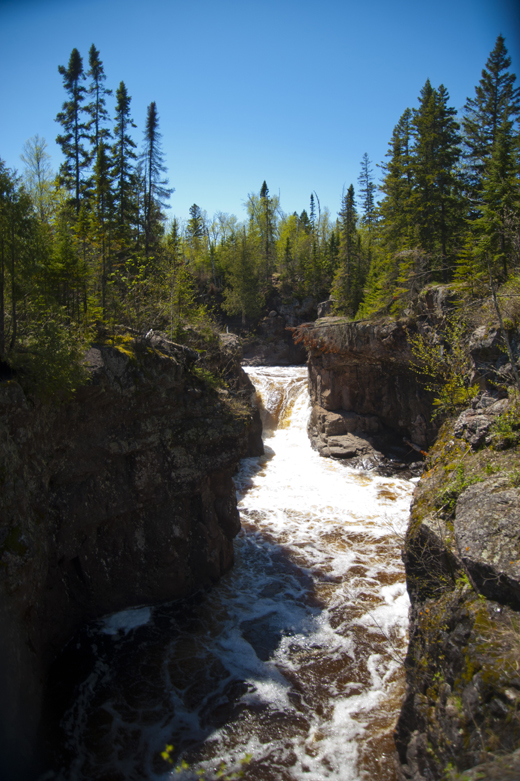 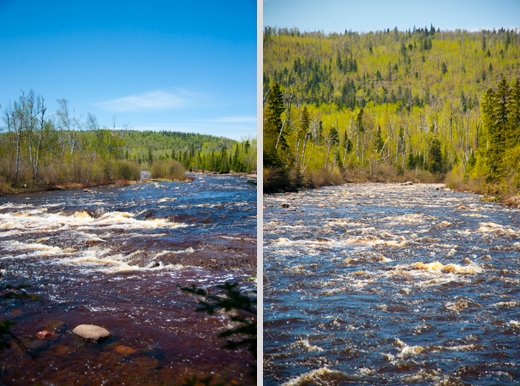 Up the road a way there was the adorable Cascade Lodge where we decided to stop for lunch. 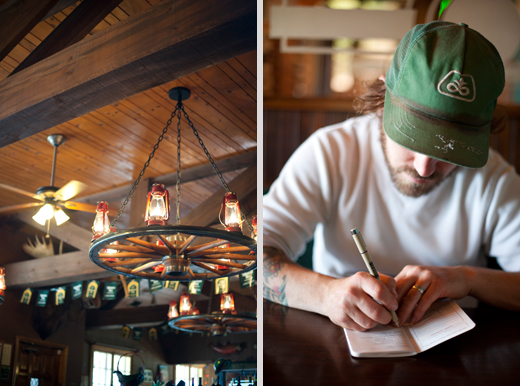 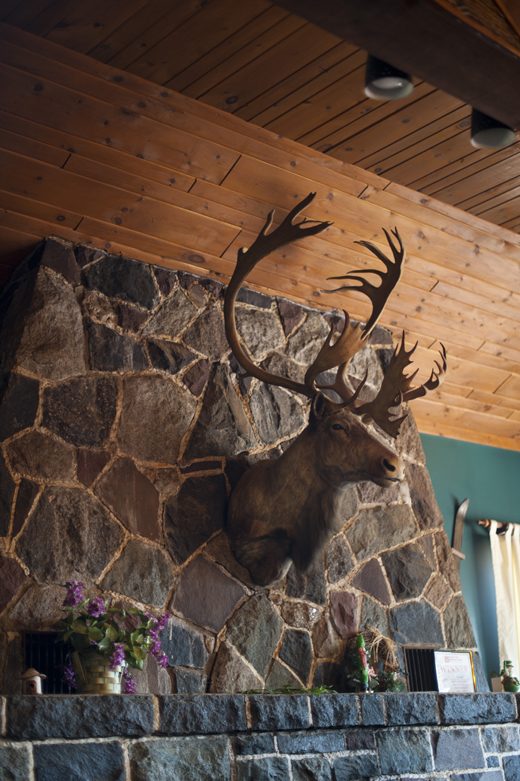 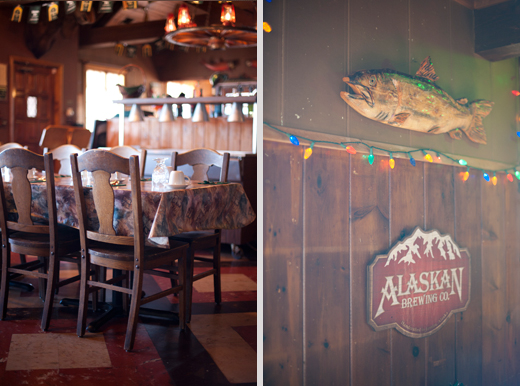 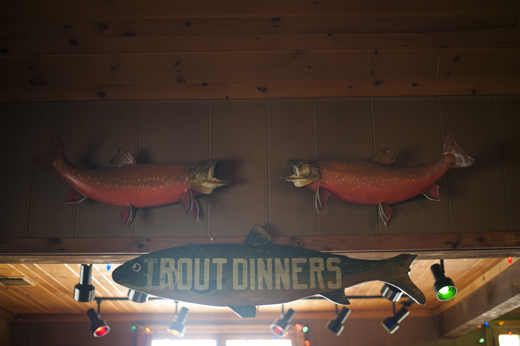 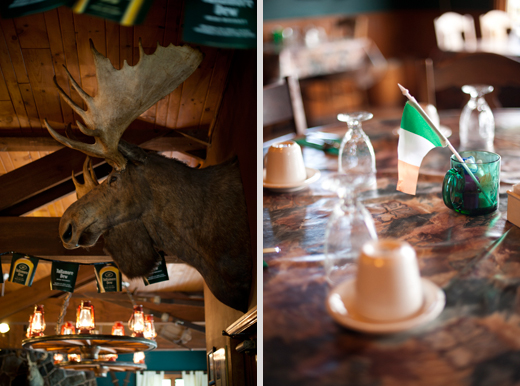 Our next stop was supposed to be Cascade River State Park, and we thought we were going to be fine, even though the sky looked a little dark.  We stopped at the visitor station at Cascade and talked to Ranger Jordan who showed us his radar screen for the quickly approaching storm.  He advised us to wait.  It was a 3.5 mile hike after all.  We went back to our car and I was disappointed to know that we might have to go against the itinerary!  Heavens, what would we do!  Well, the heavens let us know in just a few short minutes.  As we left the park to make our way up to Judge C.R. Magney State Park, where we had camping reservations for the night, we saw the layers of dark clouds curling over the lake.  Okay… I’m glad we didn’t start hiking because I would not have been happy being stuck in this thunderstorm!  As we drove towards Magney, the sky darkened even more and swooped over us like a wet wool blanket as tiny bits of hail threatened to crack our windshield.  Yikes!  The rain pounded harder and we drove past a newly fallen tree.  We did not have a problem recognizing the force and grandeur that the lake holds.  It felt like she was giving us a quick reminder that she could change her mind at any second, so don’t take any chances!  We drove into Judge C.R. Magney and the rain began to taper.  We found our campsite and waited in the car for the rain to die, dreading the thought of putting up an already wet tent in more rain.

The Lake’s mood had changed and she was showing us her sunny side again, so we felt it safe to squeeze in another hike at Judge Magney out to Devil’s Kettle Falls.  It was only 2.5 miles.  We did, however, put our rain pants back on.  (The pants and I made up quickly!)  The trail out to the falls was flooded in some spots, but not too bad, and I had my winter boots on.  However, about halfway through the trail, we looked behind us to see the sky (like a bad dream) darkening once again!  Really?!!!  We had to finish this trail though, so we hiked faster and as we did, the dark clouds crept in on us even faster.  We descended the 100 or so steps to the falls, got our password, :-) and then, guess what… it started to rain… We made a team decision that we would not be able to finish the loop, so instead we back-tracked the way we came.  This meant we had to trudge back up the 100 or so steps… Ugh!  Buck up little soldier ( that’s what I said to myself),  lets do this! 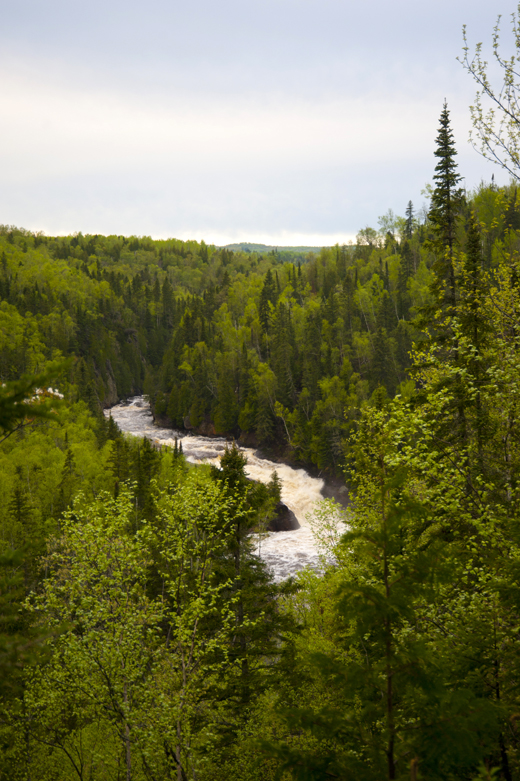 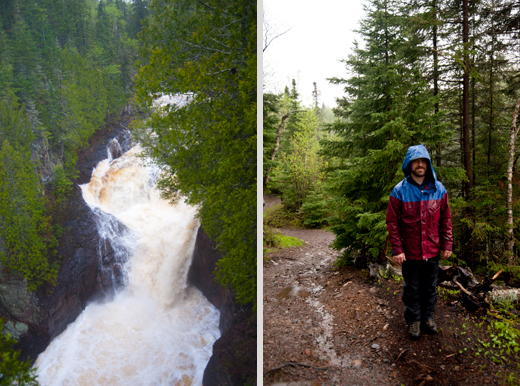 After drying off, once again, we decided that we would much rather head back to Grand Marais for a drink and some music at The Gun Flint Tavern instead of shivering inside a wet tent staring at each other. 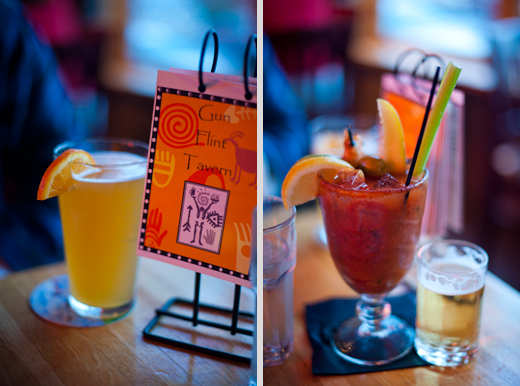 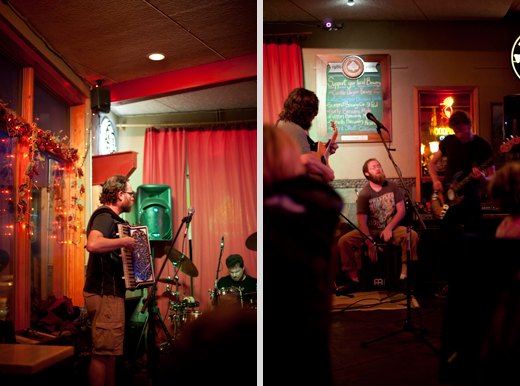 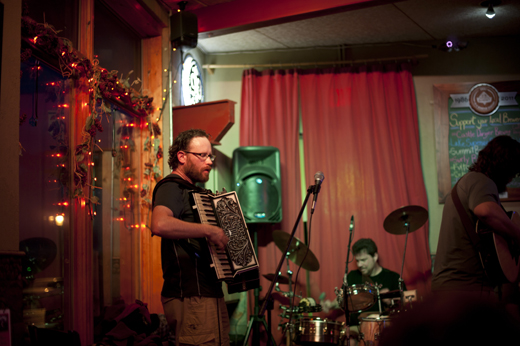 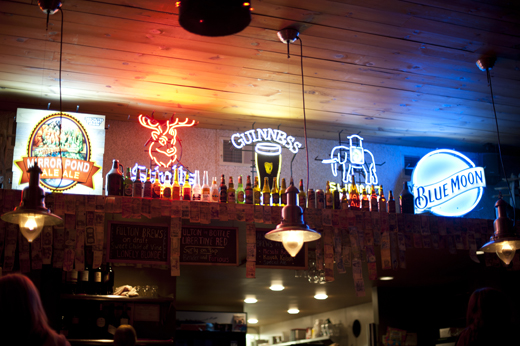 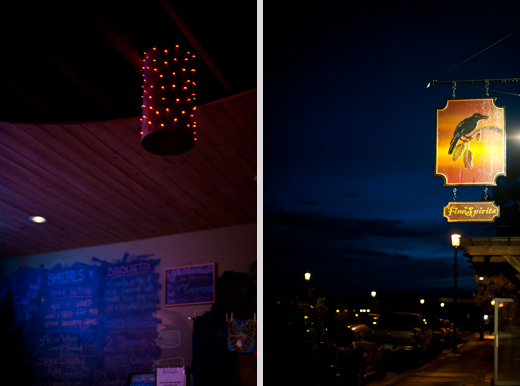