This is a difficult subject for me to share and it may be a hard subject for some people to read, but I feel it is important.  I only share this in hopes of helping others, not pity. Bullying is a ...
O
T

This is a difficult subject for me to share and it may be a hard subject for some people to read, but I feel it is important.  I only share this in hopes of helping others, not pity.

Bullying is a subject that is near and dear to my heart because I was bullied.  I was made fun of because I was quiet and shy and I couldn’t throw or hit a ball in gym class.  It was mainly girls that were mean to me, boys didn’t know that I existed. If you’ve see the movie “Mean Girls” and you think it’s a stretch, that it’s just Hollywood hyping things up, it’s not.  I know.

It mainly started in the winter of sixth grade, when my two “life long” friends (people called us the three musketeers) decided that I wasn’t cool.  This came out of the blue and I didn’t know what I had done.  We would be entering junior high shortly and they told me, while pummeling me with snowballs at the bus stop, that I was never going to have any friends in junior high.  Unfortunately I believed them.  This was  tough stuff in sixth grade.  Did I tell my parents what had happened?  God no!  I was way too embarrassed!  When they would ask why I wasn’t hanging out with the girls anymore, I would just shrug my shoulders and slink away.

Things continued to get worse in junior high, as they had predicted.  Riding the bus was a nightmare, fortunately my stop was at the beginning of the route so there would be an open seat.  But if there wasn’t one, kids would sneer at me if I attempted to sit with them.  Gym class was the worst.  I’ve never liked sports, except for badminton because the birdie moved slow enough for me to hit it.  It didn’t help that my gym teachers were usually old men who had no sympathy for girls like me.  So, I was the one that was always picked last for teams and I always came in last during competitions.  Part of the reason was that I wasn’t interested, but I didn’t think that warranted other kids to scream at me at the top of their lungs: “HIT THE BALL!”  or to use me as their punching bag during dodge ball!  I wanted to scream back, but I just wasn’t a fighter.  I was a sensitive animal lover who loved writing and theater and photography!  Why weren’t these classes required?  So, I shrunk deeper and deeper into my own skin while teachers turned the other way.  Bullying was not recognized in the 80’s and 90’s as it is today.  Did I ever tell my parents any of this?  No, no and no!  I highly doubt that kids these days are telling their parents either.  Parents, you have to ask, and not just once!  If you notice unusual changes in your child or they are hiding away in their room and stop playing with other kids, TALK TO THEM! 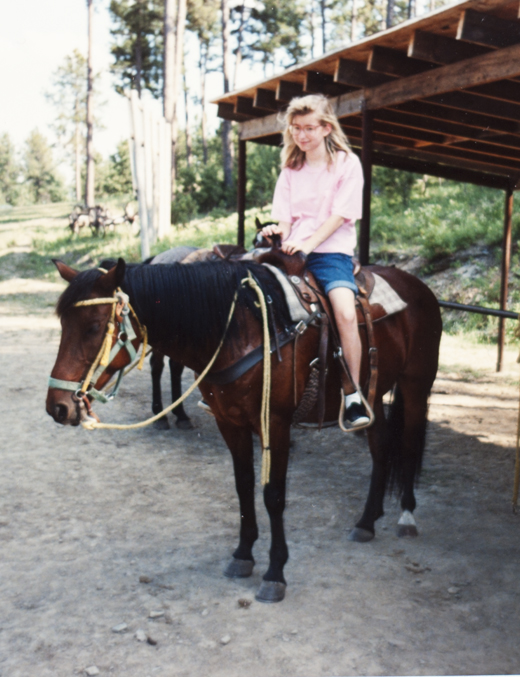 It’s hard to find photos of me from this era because I hated having my photo taken.

The worst time that I can remember was when the pack of girls that haunted me came up behind me as I was walking down the stairs in school, minding my own business.  They pushed into me so hard that I almost fell down the stairs and as I grabbed onto the handle they shoved my face into a brick wall hard enough to scrape a deep gouge in my glasses.  I was mortified.  I ran into the bathroom to hide the tears that welled in my eyes and tried to figure out how I would explain this to my parents.  I couldn’t tell them the truth.  If I did I would be considered a “tattle-tale” or a baby by the other kids and I didn’t want my parents to think that I was a loser.

Once I moved into high-school I thought things might get better because I was in a new school.  I made some friends and joined theater, but I still had some tormentors and I had an extremely low self-esteem.  One girl actually went so far as to say right to my face:  “You are so ugly how can you stand it.”  What did I do?  Nothing.  I thought if I said something or fought back it would just make things worse for me.  Another girl said: “Quit staring at me, you witch!”  Again, I did nothing.

How did I manage to get through these painful years while holding everything inside of myself?  I would lose myself in music and books and I would even write my own stories.  I also had a short bout of “cutting” myself.  I took a pin and carved a tiny jagged “HELP” into my wrist.  I didn’t continue to cut myself any further.

Somewhere inside me, however, I had the strength to return to school each day and take on more ridicule and keep living.  I can recall having some thoughts of “ending it all” but I was too scared to do anything and I had the tiniest shred of hope, even though I didn’t realize it at the time.  After tenth grade finished, life started to look a little brighter.  I wasn’t required to take gym class anymore!  Wow!  This seems like such a tiny thing, but it was major for me!  My whole life changed!  I was also more involved with theater and photography.  I had outlets and places to channel my creativity where no one was mocking me!  In fact, some of the kids were just like me!

It tears my heart apart when I hear about kids taking their own lives because of bullying.  To know that they were so low, with no scraps of hope, that they felt that ending their life was the only option.  If you are hurting, I want you to know that things will get better!  Please hold on.

Now, as a successful business owner, I want to do more.  I am doing something that, during my darkest days, I never could have dreamed of!  I held on and it took a long time, but things got better.  It has taken me a long time to really find myself and be “me” and there are still days when I feel that old insecurity creeping in again, but I know now that I can overcome those feelings.  That I am so much more.

I want to be that shred of hope for someone.  I want kids who are struggling to know that they are loved and to not give up.  Hang on and know that you will be great, amazing, beautiful and so much more. 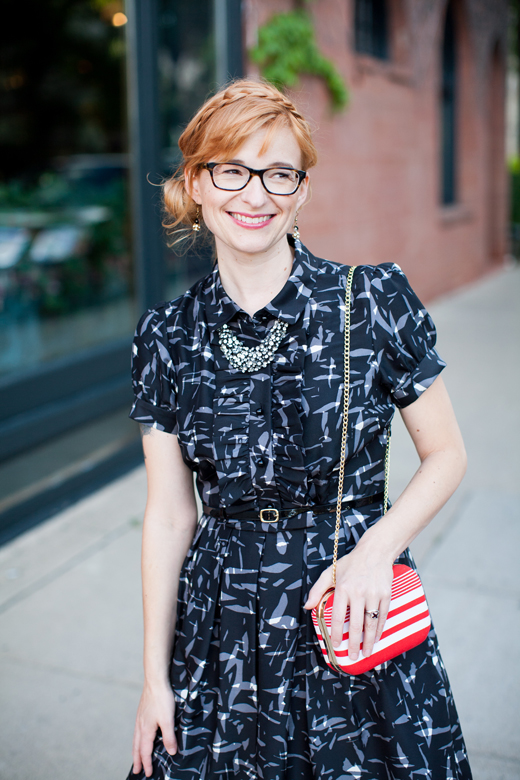 So brave to write and so great you have shared. I have thought you are terrific and cool and kind and interesting since the moment I met you. I love your creativitiy and your heart. Stick that in deep my dear and know it is all true. Well done for being so brave and sharing, now fill up that space inside where you stored those memories with something beautiful. xoxo Pam

This brings tears to my eyes! How incredibly brave and amazing for you to share. Tiffany you are truly a gorgeous person inside and out and I am so glad I had to opportunity to know you, see your amazing work and consider you a friend. Girl, keep inspiring people!

I’m so sad that you went through such ridicule. You are beautiful and lovely and amazing!

You are so beautiful inside and out. Thank you for sharing.

Adorable pictures of you, both of them! Thanks for sharing your story. Glad you persevered and came out stronger on the other side.